Check out the newest edition of Fathom Magazine.  This month's issue focuses on PROGRESS in various aspects of life and faith, and they were kind enough to include one of my poems. I'd love to share "An Olive-Green Sweater and Salvation"  with you.

Blessings!
Posted by Jennifer Hildebrand at 12:24 PM No comments:

My Summer in 19th Century Russia

I hope this is a safe place, because I have a shameful confession:  I am a LABB, a Lifetime Avoider of Big Books. It’s true. Except for a brief fascination with Steinbeck’s The Grapes of Wrath during high school and, well, the Bible, I have always shied (run) away from anything over 300 pages. It’s what some have dubbed megalobibliophobia. However, at the beginning of this past summer, after I asked around The Rabbit Room for the skinny on everyone’s summer reading lists, I began to wonder if maybe I needed a challenge and perhaps some immersion therapy. So how else would a chronic big book avoider begin to break the cycle but with the cliché big book of all big books:  Leo Tolstoy’s War and Peace?

Being well acquainted with my reading pace and assuming I would not be super enthralled with the story, I gave myself a deadline of one year. I could just read a little here, read a little there and finish before my girl’s graduation in May. The goal was one year.

I finished it in about six weeks.

That’s not a brag, because I am a slow reader. But it just so happened that the events in the narrative kept crisscrossing and intertwining with my own family’s summer dailies to such a degree that I just couldn’t walk away. I never would have guessed a giant book written 150 years ago in a foreign tongue, a story set two centuries in the past on the other side of the world, would permanently attach itself to milestones on my own personal timeline for the summer of 2019. Tolstoy’s comrades so quickly became my comrades, they began to echo pieces of my life. From Russia, (to Texas) with love.

In June, we set out on a long cross-country road trip to California, and the Russians came along. While we cruised through the blazing heat of the desert Southwest battling things like ridiculous gas prices, sibling squabbles and lack of snacks, my beloved new Russian friends trudged through frigid snow in sub-zero temperatures, draped in shoddy uniforms and cracked boots, to defend all they loved against the invading French forces, losing fingers and friends and innocence along the way. Somehow I could feel their chill and their breaking as we traversed Arizona in our Kia. I was not facing the same kind of journey by any means, but their war march pressed me into wondering what battles I might need to step up and fight in my own life. I vowed to henceforth cinch up my boots where necessary and do battle with greater courage and diligence.

This was also the summer our son seemingly grew six inches overnight and forced this mama to begin seeing her baby boy as someone altogether new. I wept in my heart with the Countess Rostova watching her sweet boys, Nikolai and Petya, grow into men no longer under her control and then defiantly set off on adventures both dangerous and brave. I could see my Warner’s face on those two young Russian men in uniform as their stories unfolded, I could feel their mother’s panic and I realized what a frightfully glorious and terrifying thing it is to suddenly find ourselves looking UP into the eyes of our babies, with no possible means of going back.

Finally, as a strictly personal assignment, I had already determined to use this summer to pray and work through a batch of bitterness that had become a persistent plank in my eye. Again, good ole Leo offered a comrade in arms. As Prince Andrei faced ruthless betrayal, I faced it with him and quietly cheered his dark desire for vengeance on unrepentant foes. That primal longing rang an ugly and familiar bell in my heart. But when Andrei, in the end, faced his own mortality and that of his enemies, finding nothing sweeter in all of existence than the relinquishing of the debt he was owed, the casting off of vengeance and the offering of full and free forgiveness, I was struck down at my own lack of Christ-like spirit and grieved that I needed a century-and-a-half-old work of fiction to help shake me into repentance. God truly uses all things.

Just as a side note, I was especially pleased to discover an eccentric, contemplative, brooding introvert, who wrestles internally with everything and nothing all at once, at the center of the drama:  kind and quirky Pierre. He’s special, because I found myself hidden there in his character. Plus, thanks to the operatic musical Natasha, Pierre and the Great Comet of 1812, he will always look and sound like Josh Groban in my memories, and that’s not terrible.

So, I am now determined to no longer fear those big books. Over these past few months, I have added to my tribe, and these new friends will travel with me from now on. What a beautiful thing! Thoughts of the Summer of 2019 will be littered with memories from two different centuries in two different lands, and those memories will overlap and enrich each other. Perhaps I’ll make it a new tradition to add a large work of fiction to each summer’s adventures, encapsulating that story and my story within the parameters of one summer, making them somewhat synonymous in my mental scrapbook. For now, though, I’m still finding it quite difficult to leave Russia behind.

Posted by Jennifer Hildebrand at 1:24 PM No comments:

Poem - For the Savior's Sake 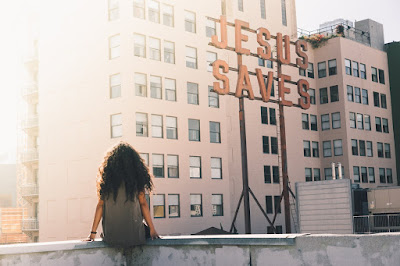 Try it again
Release the heavy breath
and shake loose the clenched jaw
Speak.
Just speak up, for heaven’s sake!
For the blessed Savior’s sake
Just open your mouth and
the Spirit will provide
Yes, Lord, but I’m scared and visibly scarred
I choke and fumble
I curse my own being for the introverted station I inhabit
for serial failures
for pitiful paralysis of the tongue

“Who made man’s mouth?!”
Yes, Lord, but rote evangelistic rhetoric somehow
tastes foreign stumbling from this particular mouth You made
Feels memorized and inorganic
My pockets are overflowing with excuses – what’s wrong with me?

Try it again
Release the breath
And manage a song about
Him and for Him
So, yes, I sing loudly
I craft verses on pages and share them without request or prompting
I clumsily grab a hammer and a handful of bruised nails and
in the quiet I begin to hang pictures on the dark
Then steal away to pray
I plead, begging the Spirit to drop little
bread-of-life crumbs on the paths where the lost ones linger
Yes, Lord, use those verses to awaken need and to
point with great poise --
in ways my prefab elevator pitch never does --
point to the Light, seduce their vision:
“Behold, the Lamb of God!”
“Behold, your King!”

Oh, Great God, Lord, work
Work despite this tangled work of me
Let the fruit be rich, even if deeply blemished and unorthodox
Let the offering be sweet and sweetly accepted
for the blessed Savior’s sake
Posted by Jennifer Hildebrand at 12:41 PM No comments: