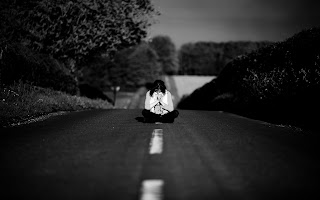 In my day-to-day, it seems I am constantly running into interruptions.


So, this morning I opened my Bible, in need of some godly insight, a new refreshment . . . and when I saw today’s passage I (almost) rolled my eyes.  Just being honest here.

I’ve been living in Luke for a few weeks in my study time, and today I bumped up against chapter 15, The Prodigal Son. I thought: “Oy, we just finished a sermon series at church about this one not too long ago, and I’ve literally heard this story my whole life.  What insight could I possibly receive by rehashing this a-g-a-i-n?” I didn't verbalize the complaint, but it was my knee-jerk sentiment.  Yeah I’m still a bit of a snarky, screw-up at the foundational level. (insert song “He’s Still Working on Me”)

And yet here I sit now just a’crying over that desired new refreshment and godly insight that did indeed show up somehow even in this well-worn passage.  God is good, y’all.

And He always seems to show off in the details of the text, so forgive me if this an old-hat revelation to you, but I had never noticed this one detail before until today:

When the son comes home, the father interrupts him.

Back up:  After the partying and after his descent into squalor, the son took note, in this foreign land, in the midst of a famine, that he, reduced to acting as a peasant-ly and hungry hired hand feeding pigs, was not being cared for quite like the hired hands in his own father’s house.  He was starving. They had bread and to spare.  Hmmm.  Maybe, just maybe, his father would be willing to show him just the tiniest bit of grace.

He made a plan.

He crafted and carefully practiced what he would say:  “Father, I have sinned against heaven and before you.  I am no longer worthy to be called your son.  Treat me as one of your hired servants.”

I can just imagine him reciting this over and over to himself as he drags his scrawny, filthy bones back to his old homeland, back to his boyhood home.  Again and again so he won’t forget, won’t get one word out of place:  “Father, I have sinned against heaven and before you.  I am no longer worthy to be called your son.  Treat me as one of your hired servants.  Father, I have sinned against heaven and . . ."

He wants to say everything just right, because he is at the end of his rope and won’t make it much longer without that grace.

But then, the father.  His father.  Sees him.  I can’t imagine that father’s ache to see his precious little boy in such horrific condition.  Was his son even really recognizable?  The father knew him, ran to him, held him, kissed him.

And the son began, by rote, just as he had practiced:

“Father, I have sinned against heaven and before you.  I am no longer worthy to be called your son. . . .”

The father interrupted.  How did I miss this before?

He cut short the son's rehearsed recitation.  Just after the repentance, before he could make his request.  No more words. No plea to return as a slave.  No, you are my boy.  And you are back in my arms.  No more words -- just joy and celebration.

Oh, my heart. That hits so close.

I think of all the times that I have walked away feeling confidently full and then returned empty, devastatingly humbled and broken.  And how I came back with words that I thought would sound good, repenting phrases that angled just the right way, pleading for the tiniest of mercies.


For the Father gently says, “Shhhh.  No more words.  You are home now.  Again, found and alive and in My arms.  So there is only joy and celebration and lavish, scandalous grace.”

Today's was the best kind of interruption.
Posted by Jennifer Hildebrand at 7:30 PM No comments: